Items related to On The Edge

Pitman, Jenny On The Edge 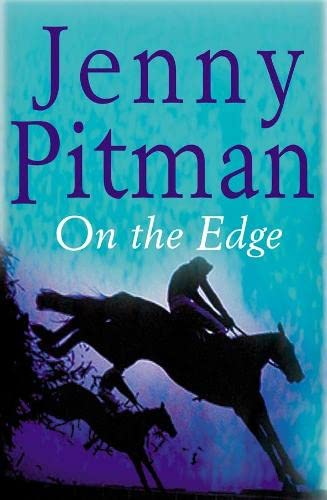 How often have we seen the hopeful strapline on a racing-set thriller evoking Dick Francis? That author's own publishers, Macmillan, have more of a right to use such tactics than most, and the Francis comparison with Jenny Pitman's On the Edge turns out to be considerably more than mere hyperbole. In fact, while some of The Master's later novels gave the impression of being written on autopilot, the setting and narrative here has the freshness and edge of early Francis. The fact that Jenny Pitman is celebrated in equine circles as the First Lady of racing, with triumphs in the world's most demanding races (including two Grand National wins) under her belt, gives her the necessary chutzpah to tackle a tale like this, with its autobiographical touches. Of course (we may be tempted to say), it's possible to be an expert on a subject while possessing no discernible writing skills, but that certainly doesn't seem to be the case here. Whether or not Pitman has been helped by some invisible Macmillan editors, her novel is an assured, swift-moving piece in which the racing universe is sharply evoked.

Jan Hardy is struggling to bring up two kids in Wales under the malignant eye of her mother-in-law, and is forced to sell her farm and move to Gloucestershire where she makes her mark in the tough, male world of handling and training horses (guess who Pitman has based her heroine on?). But family problems and an involvement with the charming Eddie Sullivan threaten her future, and soon she finds the stakes are very high indeed.

Don't look for le Carré-style subtlety here: this is a big, bold, page-turning piece that is drawn in vivid colours. If Pitman gives up the day job, there'll be many who'll be happy to keep her book sales buoyant on the strength of On the Edge. --Barry Forshaw

The new horse-racing saga from the world's most famous female trainer.