Items related to The Sleeping and the Dead

Cleeves, Ann The Sleeping and the Dead

The Sleeping and the Dead 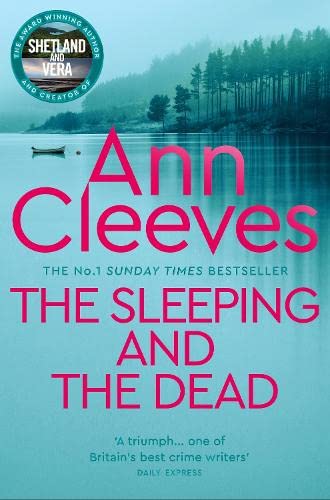 A diving instructor makes a gruesome discovery in Cranwell Lake - the body of a teenager who has clearly been in the water for many years. Detective Peter Porteous is called to the scene. After trailing through the missing persons files, he deduces that the corpse is Michael Grey, an enigmatic and secretive young man who was reported missing by his foster parents in 1972.

As the police investigation gets under way in Cranwell, on the other side of the country prison officer Hannah Morton is about to get the shock of her life. For Michael was her boyfriend, and she was with him the night he disappeared. The news report that a body has been found brings back dreaded and long buried memories from her past . . .

A drought has caused the level of Cranwell Lake to drop. Drop further that it ever has since 1972. At the end of a row of staithes near the beach, a body floats just beneath the surface. For Hannah Morton it is a return to her teenage years. For detectives Porteous and Stout it is the start of a trawl through the missing persons files in search of an identity - only to discover that Michael Gray is not who he seemed... After a slow start the plot gradually gains pace, switching between Hannah's memories, the police investigation and a fresh murder case. Ann Cleeves leaves the reader guessing till the end - a surprise finish unhinted at during the preceding pages. A good, solid English detective novel with the added bonus of Cleeve's finely drawn, often troubled, main players. - Lucy Watson

A vivid psychological suspense novel - a novel that puts Ann Cleeves in a class with Ruth Rendell.

1. The Sleeping and the Dead

Book Description Paperback. Condition: Fair. A readable copy of the book which may include some defects such as highlighting and notes. Cover and pages may be creased and show discolouration. Seller Inventory # GOR001208028

2. Sleeping and the Dead