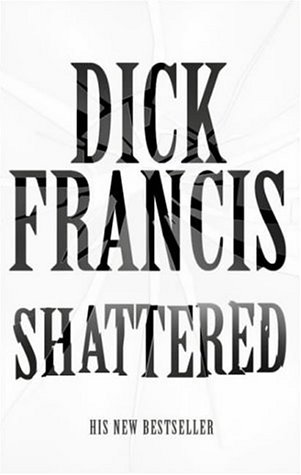 When jockey Martin Stukely dies following a fall at Cheltenham, his friend Gerard Logan becomes embroiled in a perilous search for a stolen videotape.

Logan, half artist, half artisan, is a glass blower on the verge of widespread acclaim for the originality and ingenuity of his work. Long accustomed to the frightful dangers inherent in molten glass and in maintaining a glass-making furnace at never less than eighteen hundred degrees Fahrenheit, Logan is suddenly faced with a series of unexpected and terrifying new threats to his business, his courage and his life.

Believing the missing video tape to hold some sort of key to a priceless treasure, and wrongly convinced that Logan knows where to find it, a group of villains sets out to force from him the information he doesn't have. Narrowly escaping these attacks, Logan reckons that to survive he must himself find out the truth. The journey is thorny, and the final race to the tape throws more hurdles and more hazards in Logan's way than his dead jockey friend could ever have imagined.

paperback, vg++ In stock shipped from our UK warehouse

Few writers can lay claim to having made a genre entirely their own, but the racing thriller remains unassailably Dick Francis territory. And Shattered, as smoothly crafted a piece of entertainment as anything he has produced, is a reminder that despite various pretenders to the throne, he retains his crown--even the kafuffle regarding the authorship of his books (his wife apparently lent a hand at times) only increased his profile, with readers seemingly indifferent to this revelation. What is his secret? Primarily, of course, it's the author's finely honed narrative skills that immediately mark him out as a master entertainer--thrillers such as Rat Race, Smokescreen and Trial Run bristle with energy and momentum. The ace in the hole is that satisfying sense of insider knowledge in his plots, however implausible they are. Shattered once again conveys that the equestrian world is quite as dangerous as Colin Dexter's Groves of Academe: jockey Martin Stukely dies after a fall in a steeplechase at Cheltenham races, and his friend, artist Gerald Logan, finds that the dead man has a connection to a stolen videotape with mysterious (and highly valuable) contents. Logan is more familiar with the problems of glass-blowing than violence and extortion, but he is soon undergoing a crash course in survival techniques as some very malignant heavies target him.

The protagonist of Shattered is only peripherally connected with the racing world, and this broader palette has resulted in a signal recharging of the batteries. The lean, unfussy narrative has the customary race-to-the-tape motion, but Logan is a nicely judged semi-hero, convincingly at sea (as most of us would be) in very dangerous waters. And, as always, the prose makes its mark with a commendable directness:

The horse fell at the peak of his forward-to-win acceleration and crashed down at thirty or more miles an hour. Winded, he lay across the jockey for inert moments, then rocked back and forwards vigorously in his struggle to rise to his feet. The fall and its aftermath looked truly terrible from where I watched on the stands and the racecourse doctor, though instantly attending him from his following car, couldn't prevent the fast gathering group of paramedics and media people from realising that Martin Stukely, though semi-conscious, was dying before their eyes. They glimpsed the blood frothing out of the jockey's mouth, choking him as the sharp ends of broken ribs tore his lungs apart.