Items related to The Battle of Hurtgen Forest (PB)

The Battle of Hurtgen Forest (PB) 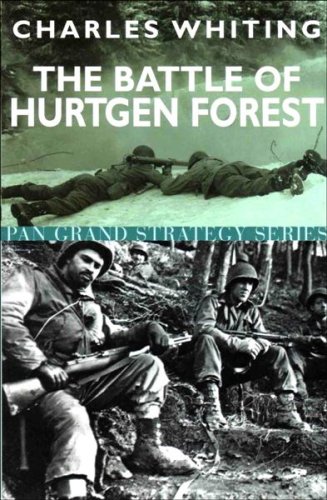 From September 1944 to February 1945, the US army was engaged in a series of fierce battles with German forces for control of the area around the Hurtgen Forest, which would lead the Allies to the Rhine. The campaign was disastrous and thirty thousand US soldiers were killed or wounded in the encounter.

Charles Whiting served with a reconnaisance outfit in WWII and has since become one of the premier historians of the war. Among his many best-selling works are Patton, The Last Assault, and Death on a Distant Frontier. He currently lives in York, England.

1. THE BATTLE OF HURTGEN FOREST