Items related to The Ugly Sister 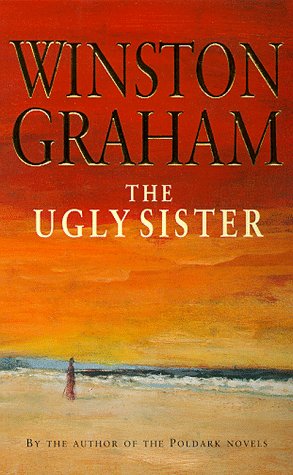 Emma Spry is the ugly duckling of the family, one side of her face marred during birth. She receives little affection, her father dead before she was born, and her mother preoccupied with her other daughter. Only Canon Robartes can teach Emma the true meaning of love.

An historical drama set in Cornwall from the author of the Poldark series.

Winston Mawdsley Graham OBE was an English novelist, best known for the series of historical novels about the Poldarks. Graham was born in Manchester in 1908, but moved to Perranporth, Cornwall when he was seventeen. His first novel, The House with the Stained Glass Windows was published in 1933. His first 'Poldark' novel, Ross Poldark, was published in 1945, and was followed by eleven further titles, the last of which, Bella Poldark, came out in 2002. The novels were set in Cornwall, especially in and around Perranporth, where Graham spent much of his life, and were made into a BBC television series in the 1970s. It was so successful that vicars moved or cancelled church services rather than try to hold them when Poldark was showing.

Aside from the Poldark series, Graham's most successful work was Marnie, a thriller which was filmed by Alfred Hitchcock in 1964. Hitchcock had originally hoped that Grace Kelly would return to films to play the lead and she had agreed in principle, but the plan failed when the principality of Monaco realised that the heroine was a thief and sexually repressed. The leads were eventually taken by Tippi Hedren and Sean Connery. Five of Graham's other books were filmed, including The Walking Stick, Night Without Stars and Take My Life. Graham wrote a history of the Spanish Armadas and an historical novel, The Grove of Eagles, based in that period. He was also an accomplished writer of suspense novels. His autobiography, Memoirs of a Private Man, was published by Macmillan in 2003. He had completed work on it just weeks before he died. Graham was a Fellow of the Royal Society of Literature, and in 1983 was honoured with the OBE.