Items related to The Stories of Raymond Carver

The Stories of Raymond Carver 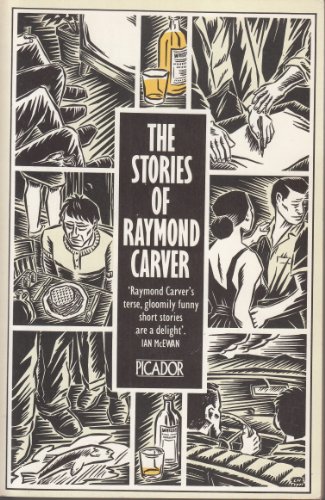 Raymond Carver, known in some circles as the \u201cgodfather of minimalism,\u201d has been credited by many as the rejuvenator of the once-dying American short story. (See the link on this page to a 2008 Kenyon Review story that discusses the recent controversy over the editing of Carver’s stories.) Drawing on representative tales from each of Carver’s major volumes of fiction, Nesset’s critical exploration leads us deep into the heart of Carver country, an eerie post-industrial world of low-rent survivors. In the earliest fiction, the politics of sex are tied to politics of fortune and chance; marriage as an institution is capricious and unsettling. In later stories, the gesture of telling stories provides an escape for certain of these characters, metaphorically and otherwise; and in Carver’s last stories, subtle strategies of language offer a similar, if more tentative release. From beginning to end, Carver’s distinctive, highly imitative style is intrinsic to his subject and is crucial in presenting what Carver called the \u201cdark side of Reagan’s America.\u201d
In this comprehensive study of Carver, Nesset discusses the relationship of minimalism and postmodern trends and the rise of new realism. By locating Carver in the gallery of American letters, Nesset shows him to be at once more simple and more complex than we might have believed, skillfully laying the groundwork for Carver studies to come.

Kirk Nesset is associate professor of English and creative writing at Allegheny College in Meadville, PA. He is the author of "Mr. Agreeable" and the nonfiction study "The Stories of Raymond Carver," He is the recipient of a Pushcart Prize and numerous grants from the Pennsylvania Council on the Arts. His stories, poems, and translations have appeared in the "Paris Review, Ploughshares," the "Southern Re"view, and the "Kenyon Revi"ew, among others.

Raymond Carver was born in Clatskanie, Oregon, in 1938. One of the great American writers and poets of the late twentieth century, his major collections include "What We Talk About When We Talk About Love, Cathedral, " and "Elephant". He passed away in 1988.

1. The Stories of Raymond Carver

2. THE STORIES OF RAYMOND CARVER

4. The Stories of Raymond Carver