Items related to No Particular Place to Go

No Particular Place to Go 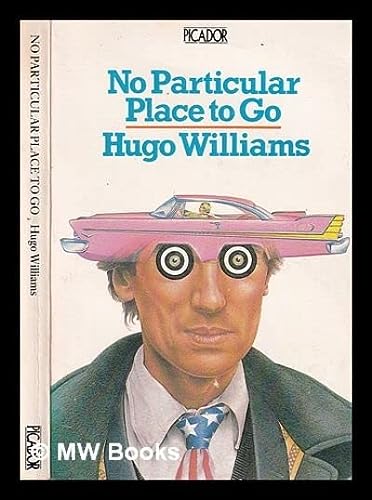 The hilariously wicked journey through the sexual trading places of the US by the TS Eliot Prize winning Hugo Williams. A sexual Odyssey of hilarious frankness by one who valiantly never tries to miss an opportunity. This is not just the baffling America of trailer parks, image therapists and sauna complexes with yodelling and kebabs. It is also the America in which men throw themselves at his feet while women flee in the face of his entreaties as he tries to consummate his love affair with the US

Hugo Williams is a travel writer and celebrated poet whose work is published by Faber. In 2000, he was the surprise winner of the prestigious TS Eliot prize over Tom Paulin and he has been the recipient of many prizes such as the Eric Gregory, Cholmondeley and Geoffrey Faber prizes. He has column in the Times Literary Supplement. He was educated at and now lives in Islington, London.

1. No Particular Place to Go

2. No Particular Place to Go

Book Description Picador, London, 1982. Softcover. Condition: Good. First Paperback Edition. Colour illustrated card cover with blue coloured titles to the front panel and black coloured titles to the backstrip. The author went travelling in America (the excuse being a poetry-reading tour) " . as he zigzagged across the country, his itinerary artfully arranged to look like a gazetteer of rock 'n' roll history, his watchful, poet's eyes missed nothing. He came back with more than its weight in old r' n' b albums and a freight of strange, hilarious, unforgettable impressions. This is a book of sex 'n' drugs 'n' rock 'n' roll -- and a whole lot more besides!" -- from the rear panel blurb. Creasing to the book corners with rubbing of the book edges and panels. Light browning of the textblock edges and pages. Size: 8vo - over 7ľ" - 9ľ" tall. 189, [3 of which two are further titles from publishing house] pages. Previous bookseller's sticker to the rear panel. Please refer to accompanying picture (s). Quantity Available: 1. Category: Travel & Places; United States; ISBN: 0330267442. ISBN/EAN: 9780330267441. Inventory No: 0117606. Seller Inventory # 0117606