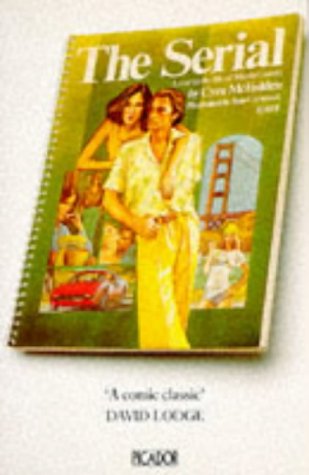 A comic send up of the 1960s Californian lifestyle - personal growth, human life styling and living together relationships. Kate and Harvey Holroyd try to stay hip and loose through a welter of lentil loaves, natural fibres, enzymes and Zen jogging. From the author of "Rain or Shine".

Cyra McFadden is a Bay Area novelist and journalist. Her first book, The Serial: A Year in the Life of Marin County, was a bestseller worldwide. Her second, Rain or Shine, A Family Memoir, was a Finalist for the Pulitzer Prize in the category of non-fiction. Her articles have appeared in The New York Times Magazine, The Nation, Smithsonian and other magazines. She has also been a newspaper columnist for the San Francisco Examiner and UPI, Writer in Residence at St. Paul’s Girls’ School, London, England, and Richard Hugo Visiting Professor of Creative Writing at the University of Montana, Missoula, Montana. Born in Great Falls, Montana, McFadden received her B.A. and M.A. degrees in English Literature (the latter Magna Cum Laude) from San Francisco State University, where she also taught in the English and Creative Writing departments. She now lives on a houseboat in Sausalito, California and works as a freelance writer and editor.

Book Description Picador, 1990. Paperback. Condition: Good. A slight tan to page edges Good condition is defined as: a copy that has been read but remains in clean condition. All of the pages are intact and the cover is intact and the spine may show signs of wear. The book may have minor markings which are not specifically mentioned. Most items will be dispatched the same or the next working day. Seller Inventory # wbb0014719478

Book Description Paperback. Condition: Very Good. The book has been read, but is in excellent condition. Pages are intact and not marred by notes or highlighting. The spine remains undamaged. Seller Inventory # GOR003308659

Book Description Paperback. Condition: Good. The book has been read but remains in clean condition. All pages are intact and the cover is intact. Some minor wear to the spine. Seller Inventory # GOR002984162

Book Description Paperback. Condition: Fair. A readable copy of the book which may include some defects such as highlighting and notes. Cover and pages may be creased and show discolouration. Seller Inventory # GOR002989362

Book Description Pan Macmillan 12. Condition: Good. Ships from the UK. Former Library book. Shows some signs of wear, and may have some markings on the inside. Seller Inventory # GRP102354096