Items related to To Kill a Mockingbird

Lee, Harper To Kill a Mockingbird 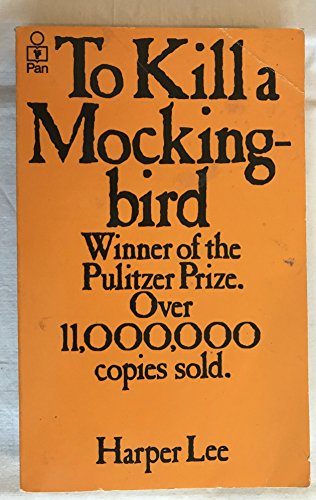 A Pulitzer Prize winning novel set in the Deep South in the 1930s, in which a lawyer finds himself defending an innocent black man accused of raping a white girl.

"Harper Lee announced she would be releasing a sequel to To Kill a Mockingbird this summer – 55 years after her debut. Go Set a Watchman, completed in the mid-50s but lost for more than half a century, was written before To Kill A Mockingbird and features Scout as an adult" (Guardian)

"No one ever forgets this book" (Independent)

"Someone rare has written this very fine novel, a writer with the liveliest sense of life and the warmest, most authentic humour. A touching book; and so funny, so likeable" (Truman Capote)

"There is humour as well as tragedy in this book, besides its faint note of hope for human nature; and it is delightfully written" (Sunday Times)

'No one ever forgets this book'

TO KILL A MOCKINGBIRD