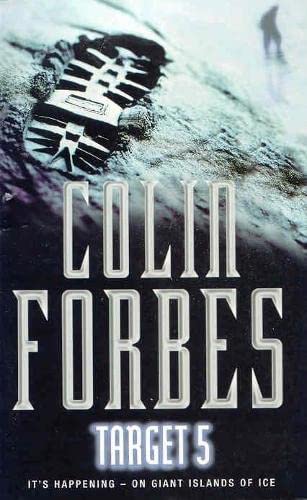 In the weird world where huge ice islands rotate round the North Pole, Soviet submarines still prowl beneath the icecap. Top Russian oceanographer Michael Gorov, early believer in world peace, flees from his Soviet base to hand the West secrets which would neutralize the East's potential stranglehold.

His escape route is across the grimmest terrain on earth - the empty wastes of the frozen Arctic.

Keith Beaumont, Polar veteran, is sent to bring Gorov in to safety. Moscow sends master polar strategist, Colonel Igor Papanin to seize him first. Exposed to traitors and worsening weather, Beaumont struggles to outwit a whole Soviet fleet to save Gorov - to help him to reach the Western base. Target 5.

It's happening... on giant islands of ice. Another nail-biting thriller from the master of suspense.