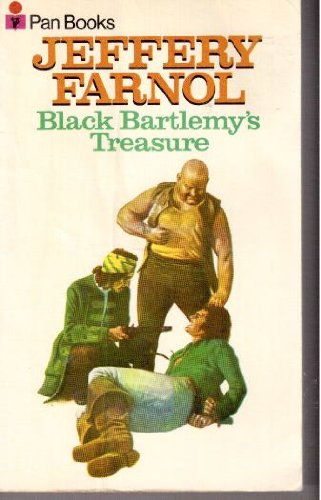 Martin Conisby, embittered by his five years of slavery on the Spanish galleon Esmeralda, escapes during a sea fight and makes his way back to England, determined to avenge himself on Richard Brandon, who was the cause of his father's death and his own ill-treatment. Broken in body and spirit, he arrives home just in time to save from the hands of robbers a beautiful girl, Lady Joan Brandon, the daughter of the man whom he has sworn to punish. In a tavern he meets a pal, Adam Penfeather, who unfolds to him the story of Black Bartlemy, an infamous pirate, and his treasure buried on an island--treasure of fabuous value that has been the dream and hope of roving adventurers along the Spanish Main for many years

John Jeffery Farnol (February 10, 1878 – August 9, 1952), was an English author, known for his many romantic novels, some formulaic and set in the English Regency period, and swashbucklers. He with Georgette Heyer founded the Regency romantic genre; one of his first books, The Broad Highway, has been issued in a version edited by Barbara Cartland. He was born in Aston, Birmingham, and brought up in London and Kent. He attended the Westminster Art School, after he had lost his job in a Birmingham metal-working firm. In 1900, he married Blanche Hawley, daughter of the noted New York scenic artist Hughson Hawley; they moved to the United States, where he found work as a scene painter. The success of his early novels led Farnol to become a professional writer; he returned to England around 1910, and settled on the south coast. He produced around 40 novels and volumes of stories, and some non-fiction and children's books. He died after a long battle with cancer. His last book was completed by his second wife Phyllis (nee Clarke), whom he had married in 1938.

Book Description Pan Macmillan, 1972. Condition: Good. New Ed. Shows some signs of wear, and may have some markings on the inside. Seller Inventory # 17468826-6

Book Description Pan Books, London, 1972. Pictorial Card Covers. Condition: Good. No Jacket. Reader's Digest Condensed Books. This is quite a heavy book and extra postage may be requested to some destinations outside of the United Kingdom. Unabridged. There is some minor creasing, edge rubbing and general wear to the spine and outer card covers. Page outer edges and fore edges are tanned and foxed. For contents please see bookseller images. Size: 4 1/4 Inches Wide By 7 Inches Long. Paperback. Seller Inventory # 009540

Book Description Pan Macmillan, 1972. Condition: Good. New Ed. Ships from the UK. Shows some signs of wear, and may have some markings on the inside. Seller Inventory # 17468826-6