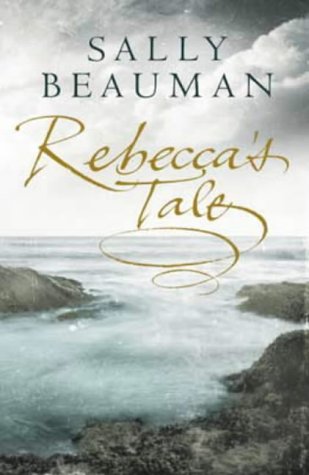 On the twentieth anniversary of the death of Rebecca, the hauntingly beautiful first wife of Maxim de Winter, family friend Colonel Julyan receives an anonymous parcel. It contains a black notebook with two handwritten words on the title page -- Rebecca's Tale -- and two pictures: a photograph of Rebecca as a young child and a postcard of Manderley. Rebecca once asked Julyan to ensure she was buried in the churchyard facing the sea: if she ended up in the de Winter crypt, she warned, she'd come back to haunt him. Now, it seems, she has finally kept her promise.

Julyan's conscience has never been clear over the official version of Rebecca's death. Was Rebecca the manipulative, promiscuous femme fatale her husband claimed. Or the gothic heroine of tragic proportions that others had suggested. The official story, the 'truth', has only had Maxim's version of events to consider. But all that is about to
change . . .

The artful Sally Beauman plays extremely clever games with the staples of popular fiction, moving the pieces to make original and intriguing patterns . . . A hugely entertaining read, seriously romantic and with a terrific sense of atmosphere. Sally Beauman's control of her complex material is absolute (Kate Saunders, DAILY EXPRESS)

REBECCA'S TALE is bold and clever...In this evocative and compulsive reworking of the balance of power between the sexes, Sally Beauman steers her creation into feminist territory and succeeds in overturning our loyalties. (Elizabeth Buchan, THE TIMES)

Once you start reading a Beauman book, you can't put it down, as Rebecca's Tale attests...I felt satisfied that she had done an extraordinary thing; she convinced me that the Rebecca of these assorted memories really was the Rebecce that du Maurier's novel (Linda Grant, GUARDIAN)

From Sally Beauman, the bestselling author of DESTINY, comes the superbly daring and completely captivating companion to one of the best-loved novels in the English language. Now Rebecca tells HER story . . .

Book Description Paperback. Condition: Very Good. The book has been read, but is in excellent condition. Pages are intact and not marred by notes or highlighting. The spine remains undamaged. Seller Inventory # GOR004018347

Book Description Paperback. Condition: Good. The book has been read but remains in clean condition. All pages are intact and the cover is intact. Some minor wear to the spine. Seller Inventory # GOR004033436

Book Description Condition: Very Good. Shipped within 24 hours from our UK warehouse. Clean, undamaged book with no damage to pages and minimal wear to the cover. Spine still tight, in very good condition. Remember if you are not happy, you are covered by our 100% money back guarantee. Seller Inventory # 6545-9780316858137

Book Description Condition: Very Good. This book is in very good condition and will be shipped within 24 hours of ordering. The cover may have some limited signs of wear but the pages are clean, intact and the spine remains undamaged. This book has clearly been well maintained and looked after thus far. Money back guarantee if you are not satisfied. See all our books here, order more than 1 book and get discounted shipping. . Seller Inventory # 7719-9780316858137

Book Description Soft cover. Condition: Good. First UK Edition. Large softcover, first UK edition, 746gms, 495 pages. This book has taken Daphne Du Maurier's classic, Rebecca, and crafted a compelling companion for the 21st century. Haunting, evocative, mesmerising, Rebecca's Tale is for anyone who has ever dreamt of going back to Manderley again. Book is in good condition with mild general wear and tear and moderate page discolouration/spotting throughout. There is some light liquid damage, otherwise no other pre-loved markings. Seller Inventory # GENFIC7847