Items related to Officers and Gentlemen (Sword of Honor Trilogy) 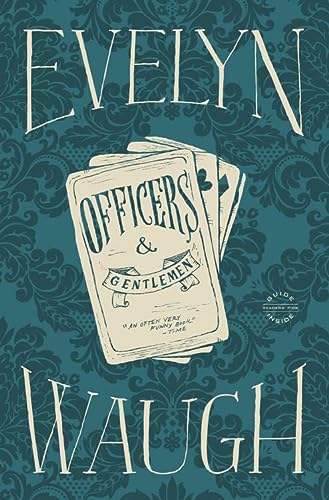 Fueled by idealism and eagerness to contribute to the war effort, Guy Crouchback becomes attached to a commando unit undergoing training on the Hebridean isle of Mugg, where the whisky flows freely and respect must be paid to the laird. But the comedy of Mugg is soon followed by the bitterness of Crete, where chaos reigns and a difficult evacuation must be accomplished.Officers and Gentlemen is the second novel in Waugh's brilliant Sword of Honor trilogy recording the tumultuous wartime adventures of Guy Crouchback ("the finest work of fiction in English to emerge from World War II" -Atlantic Monthly), which also comprises Men at Arms and Unconditional Surrender.

Evelyn Waugh (1903-1966), whom Time called "one of the century's great masters of English prose," wrote several widely acclaimed novels as well as volumes of biography, memoir, travel writing, and journalism. Three of his novels, A Handful of Dust, Scoop, and Brideshead Revisited, were selected by the Modern Library as among the 100 best novels of the twentieth century.

Officers and Gentlemen (Sword of Honour, 2)

Officers and Gentlemen (Sword of Honour, 2)