Items related to Way Down on the High Lonely (Dead Letter Mystery S.)

Way Down on the High Lonely (Dead Letter Mystery S.) 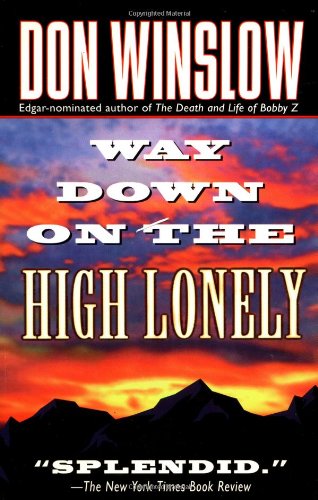 Graduate student Neal Carey's three-year confinement in a Chinese monastery is finally over -- but his troubles are just beginning. The elusive financial benefactors who have bought his freedom expect a return on their investment. They want him to find Cody McCall, a two-year-old boy recently abducted by his father in a bitter Hollywood custody battle -- a task that will propel Neal from the glittering Hollywood hills to the remote wilds of Nevada.

Don Winslow is the author of the Edgar-nominated "A Cool Breeze on the Underground, The Trail to Buddha's Mirror, "and "The Death and Life of Bobby Z. "He lives in northern Connecticut with his wife Jean, their son Thomas, and their dogs, Bud and Lou.

1. Way Down On The High Lonely (Dead Letter Mysteries)