Items related to Vengeance of Orion 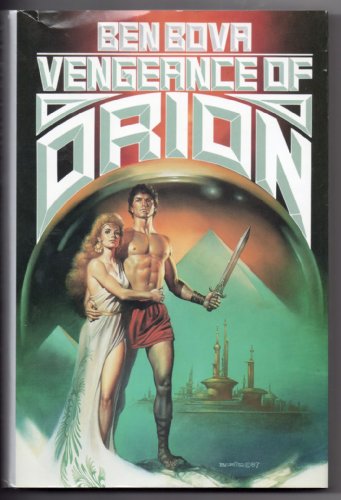 Born in Philadelphia, Ben Bova worked as a newspaper reporter, a technical editor for Project Vanguard (the first American satellite program), and a science writer and marketing manager for Avco Everett Research Laboratory, before being appointed editor of "Analog," one of the leading science fiction magazines, in 1971. After leaving "Analog" in 1978, he continued his editorial work in science fiction, serving as fiction editor of" Omni" for several years and editing a number of anthologies and lines of books, including the "Ben Bova Presents" series for Tor. He has won science fiction's Hugo Award for Best Editor six times. A published SF author from the late 1950s onward, Bova is one of the field's leading writers of "hard SF," science fiction based on plausible science and engineering. Among his dozens of novels are "Millennium, The Kinsman Saga, Colony, Orion, Peacekeepers, Privateers, " and the" Voyagers" series. Much of his recent work, including "Mars, Venus, Jupiter, Saturn, The Precipice, "and" The Rock Rats," falls into the continuity he calls "The Grand Tour," a large-scale saga of the near-future exploration and development of our solar system. A President Emeritus of the National Space Society and a past president of Science-fiction and Fantasy Writers of America, in 2001 Dr. Bova was elected a Fellow of the American Association for the Advancement of Science (AAAS). He lives in Naples, Florida, with his wife, the well-known literary agent Barbara Bova.