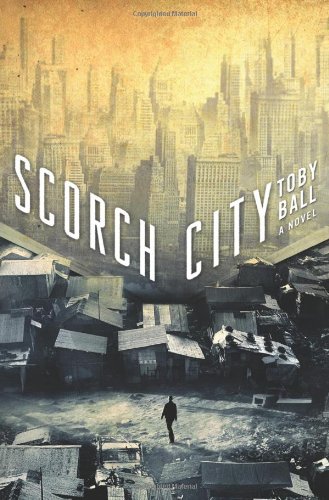 The dazzling follow-up to Toby Ball's acclaimed period thriller, The Vaults, takes us back to his dystopian City, fifteen years later...

Journalist Frank Frings rouses Lieutenant Piet Westermann in the middle of the night with an unusual request: move the body of a dead blonde from where she was found on the bank of a river near the utopian Uhuru Community, a Negro shantytown under threat from a deadly coalition of racists and anti-communists -- and find out how the body actually got there. As the investigation deepens, complicated by a string of possibly related deaths and disappearances, and ever-more-heated racial, religious and political factors come to bear, Westermann’s rationalist worldview is challenged by the ecstatic religious experiences he encounters in the Community, led by the charismatic Father Wome. All the while, Frank Frings works to stay ahead of a more venal journalist competitor to salvage the Uhuru Community’s reputation before its enemies can achieve its final destruction.

TOBY BALL works at the Crimes against Children Research Center at the University of New Hampshire. The Vaults is his first novel.