Items related to The Nouveau Roman: Fiction, Theory and Politics 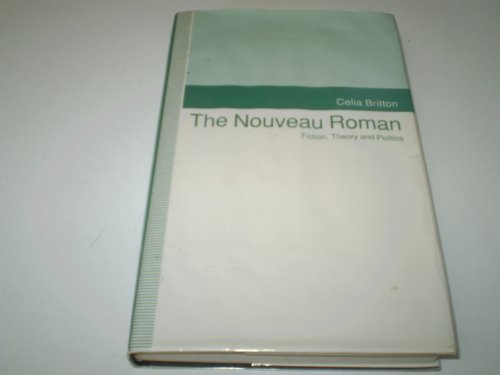 The Nouveau Roman writers have been actively involved in the theory as well as the practice of literature. Rather than simply using one of these to explain the other, this study aims to read fiction and theory together, as a corpus of texts evolving in interaction with each other. This leads to new critical interpretations of some of the novels. But the theoretical development is also affected by the wider intellectual context that the novelists - Robbe-Grillet, Sarraute, Simon, Butor and Ricardou - have worked within; they were from the outset caught up in a series of lively and often vehement debates on the political significance of literature, formalism and structuralism, the status of the author, etc. Their use of theory is essentially strategic, initially defining and legitimising them as a group. The impact of figures such as Sartre, Barthes, Levi-Strauss, Foucault, Sollers and Kristeva is analysed.

Book Description Palgrave Macmillan, 1992. Condition: Good. Former Library book. Shows some signs of wear, and may have some markings on the inside. Seller Inventory # GRP82577204