Items related to Liaison 1914: A Narrative of the Great Retreat (Cassell...

Liaison 1914: A Narrative of the Great Retreat (Cassell Military Paperbacks) 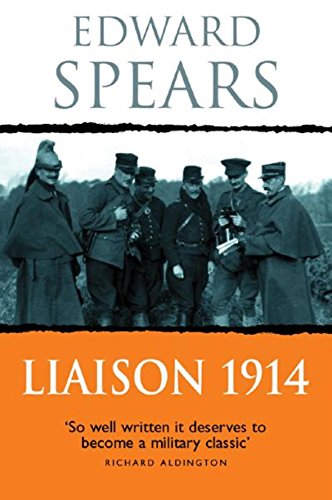 A now classic account of 1914, the first year of the First World War, by Edward Spears who as liaison officer to the French and British Armies was an eyewitness to dramatic and momentous events in this gigantic clash of arms.

A classic account of the first year of World War One

Edward Spears was a career soldier, who thanks to his fluent French, was seconded to France and Belgium with the British Expeditionary Force in 1914. He made friendships with senior soldiers and politicians which lasted the rest of his life. His record in WWII included rescuing de Gaulle when France fell to the Germans in 1940 and being Palestine Viceroy, 1942-44.