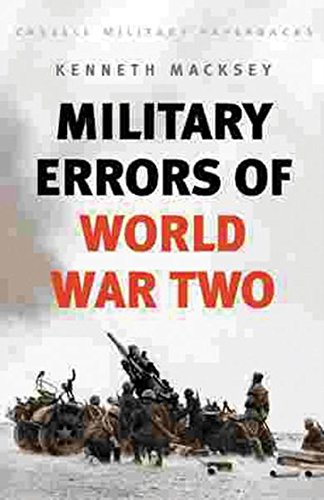 This work contains 16 examples of greed, arrogance and complacency which contributed to failure and defeat in World War II. It includes Hitler's postponement of the invasion of Britain, the Battle for the Atlantic, the Arnhem debacle and Japanese errors in the Pacific campaign.

Kenneth Macksey was commissioned into the Royal Tank Regiment during the Second World War and has enjoyed a long and successful career as a miitary historian. Cassell Military Paperbacks include his THE MILITARY ERRORS OF WORLD WAR TWO.