Items related to Remaking Tradition: Modern Art of Japan from the Tokyo... 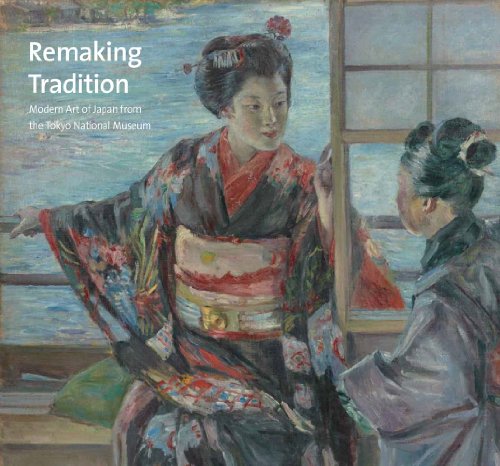 This catalogue presents over fifty works in different media-most notably sculpture, painting, and ceramics-assembled together for the first time to convey the impressive variety of Japanese art from the late 19th and early 20th centuries. These works, all masterpieces from the collection of the Tokyo National Museum, introduce the museum's astounding holdings of modern Japanese art to an American audience and help illustrate where modern works fit within the rich history of Japanese visual tradition. Engaging essays by noted scholars explore the diverse sources of influence for Japanese artists around the turn of the 20th century, such as Western oil painting, Buddhist portraiture, European porcelain, traditional Japanese landscape and figure imagery, and Chinese painting. This publication offers a compelling and innovative conception of modern Japanese art, framing artists as creators of traditions for the modern age who maintained a sense of continuity with the past while also integrating wide-ranging cultural inspirations.