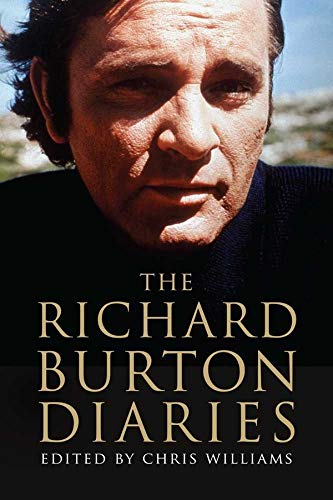 In his personal diaries Richard Burton is a man quite different from the one we familiarly 'know' as acclaimed actor, international film star, and jet-set celebrity. From his private, handwritten pages there emerges a different person - a family man, a father, a husband, a man often troubled and always keenly observing. Understood through his own words, day to day and year to year, Burton becomes a fully rounded human being who, with a wealth of talent and a surprising burden of insecurity, confronts the peculiar challenges of a life lived largely in the spotlight. This volume publishes in their entirety the surviving diaries of Richard Burton (born Richard Jenkins, 1925-1984). The diaries were written between 1939 and 1983 - throughout his career and the years of his celebrated marriages to Elizabeth Taylor. Diary entries appear in their original sequence, with annotations to clarify the people, places, books, and events he mentions. At times Burton struggles to come to terms with the unfulfilled potential of his life and talent. In other entries, he crows over achievements and hungers for greater challenges. He may be watching his weight, watching his drinking, or watching other men watch his Elizabeth. Always he is articulate, opinionated, and fascinating. His diaries offer a rare and fresh perspective on his own life and career, Elizabeth Taylor's, and the glamorous world of film, theatre, and celebrity that they inhabited.

Stand back! Sally Burton just lit a literary firecracker and tossed it into the room. The widow of Britain's greatest film actor is presiding over the long-awaited publication of her late husband's diaries and they are beyond explosive. --Christopher Wilson, Daily Telegraph

Burton loved literature, and how proud he d have been to know that in his diaries he demonstrates considerable literary gifts. His observations about his peers are brilliant... This indispensable book is meticulously edited by Professor Chris Williams. --Roger Lewis, The Financial Times

Burton s diaries, published now for the first time, are filled with . . . pocket-size delights. . . But I admired this complicated and fairly remarkable book for its deeper and more insinuating qualities as well. --Dwight Garner, The New York Times