Items related to The Enlightened Economy: An Economic History of Britain,... 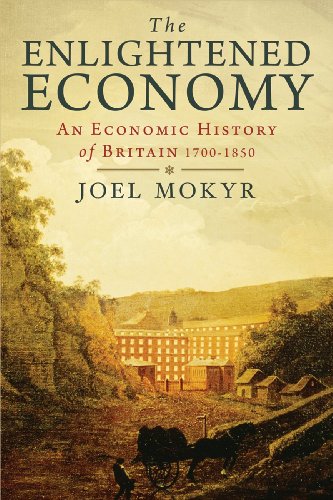 This book focuses on the importance of ideological and institutional factors in the rapid development of the British economy during the years between the Glorious Revolution and the Crystal Palace Exhibition. Joel Mokyr shows that we cannot understand the Industrial Revolution without recognizing the importance of the intellectual sea changes of Britain's Age of Enlightenment. In a vigorous discussion, Mokyr goes beyond the standard explanations that credit geographical factors, the role of markets, politics, and society to show that the beginnings of modern economic growth in Britain depended a great deal on what key players knew and believed, and how those beliefs affected their economic behaviour. He argues that Britain led the rest of Europe into the Industrial Revolution because it was there that the optimal intersection of ideas, culture, institutions, and technology existed to make rapid economic growth achievable. His wide-ranging evidence covers sectors of the British economy often neglected, such as the service industries.

1. THE ENLIGHTENED ECONOMY: AN ECON