Items related to Forgotten Lunatics of the Great War

Forgotten Lunatics of the Great War 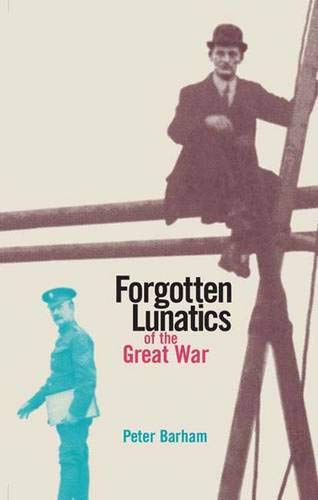 Although the shell-shocked British soldier of Word War I has been a favoured subject in both fiction and nonfiction, focus has been on the stories of officers, and the history of the rank and file servicemen who were psychiatric casualties has never been told. This profoundly moving book recounts the poignant, sometimes ribald histories of this neglected group for the first time. Peter Barham draws on reports from the front lines, case histories, personal letters, and war pensions files to trace the lives and fortunes of a large cast of ex-servicemen who suffered mental breakdowns. He describes the confines of their asylums, the reactions of families to their relatives' plight, the turmoil of the soldiers when they returned home - and the uphill struggle they faced trying to secure justice from the bureaucratic labyrinth that was the Minitstry of Pensions. His book gives a new perspective to the impact of the Great War and to current controversies about disputed postwar maladies.

'....a special award for the most unexpectedly enthralling subject.' -- The Scotsman, December 18 2004

'...a poignant reminder of the ordinary servicemen who sacrificed their sanity in fighting for their country' -- The Independent on Sunday

'...a splendid title he assures us is ironic' -- The Literary Review

'[Barham's research has] uncovered heartbreaking stories, but also signs of a long-deferential public being jolted into political life.' -- The Scotsman, September 4 2004

Peter Barham is a psychologist an social historian of mental health. He has published widely on mental health issues but this is his first full-length historical work.

1. Forgotten Lunatics of the Great War

2. Forgotten Lunatics of the Great War

3. Forgotten Lunatics of the Great War