Still Life and Trade in the Dutch Golden Age 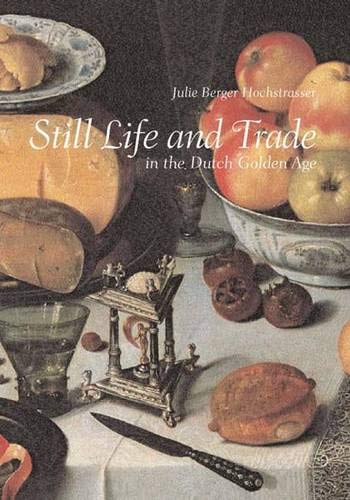 Seventeenth-century Dutch paintings of the laid table are rich with products of the trade that made the country's fortunes during this period - yet they are traditionally interpreted as moralizing against excess. This is the first book to unpack the complex histories of these commodities in order to explore the contradictory implications in these extraordinary pictures. The vast scope of the Dutch trade network carries this study to the far corners of the earth: from domestically sourced cheese, herring and beer, to grain, lemons and wine from the rest of Europe, pepper, porcelain and tea imported by the Dutch East India Company, and the West India Company's salt, tobacco, sugar and even slaves. Drawing from a wide array of sources, from period medical treatises to the then-equivalent of the daily news and the scholarship of historians then and now, the book illuminates a wealth of allusions within a genre supposedly devoid of narrative. Anthropological in its approach to art as a cultural system, this study makes a distinctive interdisciplinary contribution not only to its field of art history but to the history of foods, economic history, post-colonial discourse on the meetings between Europe and its many Others in the early modern period, and most of all, the profound intersection of all these concerns in the visual culture of the age. As striking pictorial expressions of a significant stage in the development of capitalist consumer culture, these paintings ultimately reveal much more than meets the eye. Their traditional moralizing interpretation is challenged by the 'trade secrets' uncovered in this account. Serving up the fruits of global commerce on glowing silver platters comfortably removed from the exploitation that fuelled the Dutch Republic's phenomenal rise to prosperity, they pose food for thought for today's society as well.

"This is a penetrating insight into a much overlooked element of the art of the Dutch Old Masters that reveals much more than has previously been understood about Dutch society and capitalist culture in the seventeenth century." -- Antiques Magazine, September 14, 2007

Julie Berger Hochstrasser is Assistant Professor of the History of Art, (Early Modern Northern European Art), The University of Iowa.

1. Still Life And Trade In The Dutch Golden Age

3. Still Life and Trade in the Dutch Golden Age

4. Still Life and Trade in the Dutch Golden Age