Items related to Lorenzo Lotto: Rediscovered Master of the Renaissance... 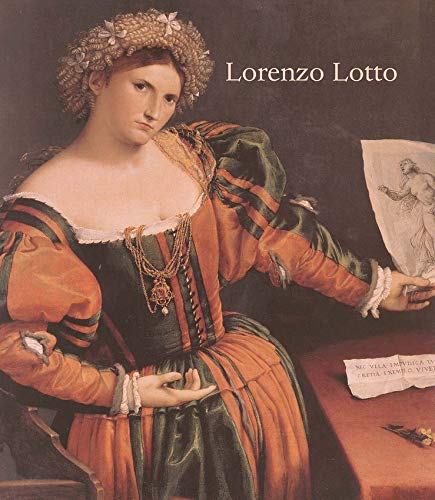 This text discusses Lotto's life and work and explores the way his formal and iconographic experiments set him apart from the mainstream culture of his time. It describes paintings in most of the genres in which Lotto worked, including devotional painting, altarpieces, portraits and mythologies.

2. Lorenzo Lotto and#8211; Rediscovered Master of the Renaissance (Exhib Cat)

Book Description Yale University Press, United States, 1997. Hardback. Condition: New. New. Language: English. Brand new Book. Hailed as the greatest Venetian painter after Titian, Lorenzo Lotto (c. 1480-1556) is known for a delightfully idiosyncratic artistic vision that has had special appeal for twentieth-century sensibilities. This book-which discusses Lotto's life and work-explores the way his formal and iconographic experiments set him apart from the mainstream culture of his time. The volume describes and reproduces paintings in most of the genres in which Lotto worked, including devotional paintings, altarpieces, portraits, and mythologies. These are arranged in chronological order from his beginnings as a pupil of Giovanni Bellini through the brilliant work of his maturity on which his reputation was based, to the end of his career in a religious community on the Adriatic coast. Focusing on his autograph paintings, the book presents such masterpieces as Saint Jerome in the Wilderness and Portrait of Andrea Odoni. The authors-David Alan Brown, Peter Humfrey, Mauro Lucco, and other eminent scholars-draw on a large number of original documents, including Lotto's will, his letters to a confraternity in Bergamo, and his meticulously kept account books. They discuss not only Lotto's biography and inspiration but also his mastery of allegory, his possible sympathy with the Protestant Reformation, the patrons of his altarpieces, and the so-called Lotto carpets.This beautiful book is the catalogue for an exhibition at the National Gallery of Art, Washington, d.c., that will run from 2 November 1997 to 1 March 1998.Published in association with the National Gallery of Art, Washington. Seller Inventory # BTA9780300073317