Items related to Turner in the North

Hill, David Turner in the North

Turner in the North 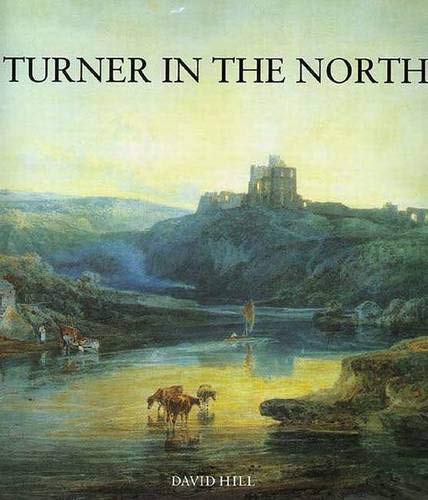 Two hundred years ago, J.M.W. Turner packed up two large leatherbound sketchbooks, pencils, and watercolours and left London for the north of England. When he returned from the tour that he regarded as one of the most important of his career, Turner had completed over two hundred sketches - works that later became the basis of more than fifty major paintings and watercolours. David Hill reconstructs in detail Turner's tour of 1797, which included sites in Derbyshire, Yorkshire, Durham, Northumberland, the Scottish borders, the Lake District, northern Lancashire, and Lincolnshire. Hill contends that this trip to the more remote country of Britain provided Turner with memories of dales, wild coasts, and mountains that shaped the whole of his future directions as a landscape painter. For this beautifully illustrated book, David Hill has taken photographs of many of the sites Turner sketched on his northern tour. These photographs appear alongside reproductions of Turner's first sketches (many here published for the first time) and the finished works derived from them. The result is an intriguing look at the whole of Turner's creative process, from site to exhibited picture, and at the quality and intensity of the artist's experience. Turner in the North celebrates the bicentenary of Turner's north country tour and accompanies a major exhibition to be held at the Tate Gallery in London before travelling to Harewood House in Yorkshire.

In 1797, Turner made a tour of northern England, producing sketches which formed the basis of more than 50 major oil paintings and watercolours. This work looks at many of the sites which were sketched by the artist on this trip, and examines the creative process, from site to exhibited picture.

1. Turner in the North

2. TURNER IN THE NORTH

3. Turner in the North Hill, David