Items related to Letters to J.D.Salinger 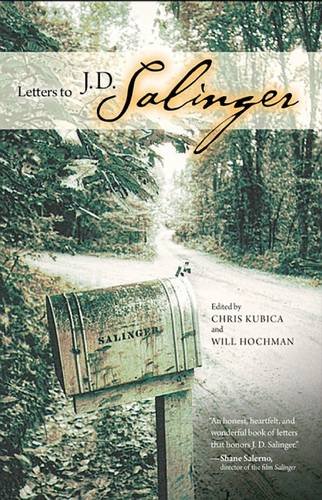 J.D. Salinger, the author of ""The Catcher in the Rye"", was one of the most reclusive writers of the 20th century. Salinger continues to maintain his silence, but Holden Caulfield, Franny and Zooey, and Seymour Glass - the unforgettable characters of his novel and short stories - continue to speak to generations of readers and writers. This volume contains nearly 80 personal letters addressed to Salinger from well-known writers, editors, critics, journalists, and other luminaries, as well as from students, teachers, and readers around the world, some of whom have just discovered Salinger for the first time. Their voices testify to the lasting impressions Salinger's ideas and emotions have made on so many diverse lives. Contributors include Marvin Bell, Frederick Busch, Stephen Collins, Nicholas Delbanco, Warren French, Herbert Gold, W.P. Kinsella, Molly McQuade, Stewart O'Nan, Robert O'Connor, Ellis Paul, Molly Peacock, Sanford Pinsker, George Plimpton, Gerald Rosen, Sid Salinger, David Shields, Joseph Skibell, Melanie Rae Thon, Alma Luz Villanueva, Katharine Weber, and many others.

"Some of us are angry, maestro, and you may not care. But I'm here to vent." - Alan Cheuse "You made the right decision. I've sometimes wished that I'd followed your example, although I'd have missed meeting hundreds of wonderful people." - Tom Robbins "We are not writing these letters to you. Indeed, we are merely writing to ourselves or to the part of ourselves that once had true literary aspirations, had honor, had good-hearted and honest artistic intentions, and was not jaded." - Adrian C. Louis

Chris Kubica runs the Web site jdsalinger.com and co-founded the Chicago-based literary magazine spelunker flophouse. He lives in West Lafayette, Indiana, where he is a poet by night and a software developer by day. Will Hochman is assistant professor of English at Southern Connecticut State University. His most recent collection of poetry is Stranger Within.

4. Letters to J. D. Salinger Kubica, Chris and Hochman, Will