Items related to Self's Murder: A Gerhard Self Mystery

Self's Murder: A Gerhard Self Mystery 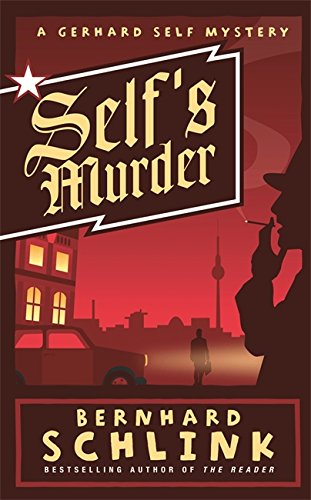 Gerhard Self, the Sweet-Afton smoking, sambuca-swilling, most unlikely of PIs is back in a new tale of deception and intrigue, set against the backdrop of post-reunification Germany. After a chance encounter with the owner of a prestigious private bank, the now septuagenarian detective is enlisted to delve into the institution's history, apparently in the name of a book to commemorate the bank's foundation. But his seemingly anodyne brief - to discover the identity of a sleeping partner from several decades before - throws up far more questions than answers. As it becomes clear that the sleeping partner is in no way the most mysterious aspect of the bank's history, Self begins to suspect his mission may have been but a ruse to lure him into the shady world of the bank's enigmatic masters - a certain Herr Welker and his steely Russian foster brother Samarin. Trying in vain to extricate himself and his increasingly shaky heart from the web of deceit - and to work out who really is the baddie of the piece - Self is thrown headlong into a tale of money-laundering, murder and mafiosi. But who is blackmailing whom? Did Welker's wife really die in a tragic accident? And why is a washed-up old Stasi man pretending to be Self's long-lost son? Join Gerhard, the irascible armchair philosopher, on his most danegrous and far-reaching mission to date.

entertaining... Schlink is also a judge, so his knowledge of the criminal milieu adds grit to his undoubted literary gifts. (WATERSTONES BOOKS QUARTERLY - September 09)

belongs to the series of amiable, ruminative private-eye mysteries in which the author of The Reader puts his back ground as judge and law professor to gently satisfying use.... Schlink delivers a wry, sympathetic portrait of old codgers West and East blown off balance by the winds of change. (BOYD TONKIN, LITERARY EDITOR THE INDEPENDENT 13.11.09)

Given German writer Schlink's similarly-veined undertaking in The Reader, the character of Self - a post-war public prosecutor turned investigator - again presents a society struggling to look back at its past and deal with the unsettling issue of responsibility. (EDINBURGH EVENING NEWS - 17.10.09 9/10)

Like Graham Greene, Bernhard Schlink divides his writing into literary works and entertainments... What really interests Schlink - and us - is the character of Gerhard Self himself, and his small-town Germany.... the horrors and tragedies of the European past are never far from the investigator Self's mind - or the author Schlink's. (THE HERALD 24.10.09)

From the man who brought you the reader comes another in his detective series featuring Gerhard Self who is enlisted to research the history of a private German banking firm, only to uncover money-laundering and murder. (THE LIST - 24.09.09)