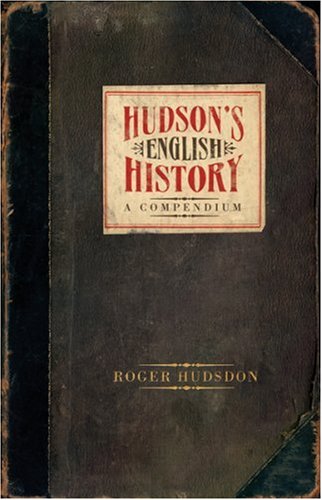 Flitting happily from period to period at will, you can alight on a note on the royal hounds and huntsmen in 1136, be equipped to discuss siege warfare (using the correct vocabulary), choose a destination for a pilgrimage or a religious order to join. The working methods of the Exchequer are usefully explained and you are duly warned as to what behaviour would have landed you in the pillory in London in 1419. The intricacies of the Tudor Court are plotted, the Anglo-Scottish border clans mapped, and the Armada fleets anatomised. Seventeenth-century banquet menus, including boiled teats and seagulls, are pored over and Charles II's bastards catalogued. Euphemisms for gin, and the evocative names of strong beers and of Nelson's gunboats are listed. You will learn how to live as a clerk on 50 a year in London in 1767, what, and for what offences, you will be fined as a cotton spinner in one of the new factories around 1800, and the chances of being hanged in the 1820s and 30s. There are nineteenth-century 'rich lists', a breakdown of life below stairs in a stately home around 1900, and much, much more.

"As individual, idiosyncratic and unexpected a history as you are ever likely to find - I loved it." (John Julius Norwich)

This book celebrates a belief in the benign effect produced when history is approached indirectly, at an angle, through lists, tabulations, diagrams and the occasional map. This is history-with-a-squint, each item acting like a shaft of light from an unexpected angle, throwing the life of the past into high relief. It is definitely history-with-holes, not a straightforward narrative from 1066 to 1900. It focuses on social history and little attention is given to such topics as feudalism, the Reformation, the Civil War and the evolution of parliament. It is also a blow on behalf of those who are reacting against what they perceive as a devaluation of English History and who fail to see why they should be embarrassed by it.

Apart from the topics listed in the book's description above, it also contains, amongst much else: the various methods of loading a crossbow, diseases from the Black Death to Spanish flu, the currencies of 15th-century Europe, falcons and hawks for different ranks in 15th-century England, those of royal blood executed by the Tudors, Elizabethan monopolies, a 16th-century list of rogues, beggars and vagabonds including Priggers of Prancers (horse thiefs) and Counterfeit Cranks (those pretending to be epileptic), Beau Nash's code of conduct for 18th-century Bath, a typical workhouse diet in 1797, euphemisms for gin including 'cuckold's comfort', a list of British victories over France from 1100 to the 20th century, a history exam paper of 1829, and a list of Queen Victoria's 'little wars'.