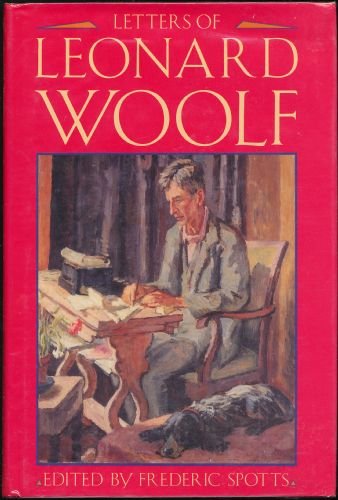 These 600 letters of Leonard Woolf begin in 1901 during his undergraduate years and end in 1969, shortly before his death. Although he has been overshadowed by worldwide fascination with his wife, Virginia, his no less interesting and varied career merits attention in its own right. His correspondents range from Lytton Strachey, T.S. Eliot, C. Day-Lewis, Peggy Ashcroft and Sylvia Townsend Warner to Beatrice and Sydney Webb, Sigmund and Anna Freud, John Maynard Keynes, G.E. Moore and H.G. Wells. The book contains every letter to Virginia Woolf, as well as exchanges with doctors concerning her mental illness and suicide. The letters show him as a man who worked all his professional life for a democratic socialist society, decolonization, racial and sexual equality and the establishment of a peaceful international order.

Book Description Paperback. Condition: Very Good. The book has been read, but is in excellent condition. Pages are intact and not marred by notes or highlighting. The spine remains undamaged. Seller Inventory # GOR004776010

Book Description Weidenfeld & Nicolson, London, United Kingdom. Hardcover. Condition: Good. A copy that has been read, but remains in clean condition. All pages are intact, and the cover is intact. The spine may show signs of wear. Pages can include limited notes and highlighting, and the copy can include previous owner inscriptions. At ThriftBooks, our motto is: Read More, Spend Less. Seller Inventory # G0297796356I3N00