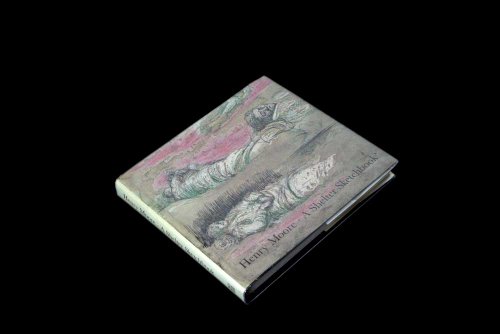 This account of Henry Moore's work has been constructed from the notes and drafts of a book on the sculptor which Peter Fuller was preparing in the years before his death in 1990. Although Moore is one of the rare breed of British artists who became a household name, his fluctuating reputation has been difficult to assess. From Fuller's polemically humanist, atheist viewpoint, Moore is seen as an exemplary artist, one who imaginatively transformed his material to express profound truths about our troubled relationship with our maternal roots and with nature itself. Resisting the aggressive fashions of Modernism, he drew on the older English Romantic tradition to create an art which was resolutely secular, and yet a commanding spriritual affirmation.

Book Description Royal Academy of Arts / Weidenfeld & Nicolson, London, 1988. HARDCOVER. 1st Edition. 1st printing. Large Quarto size (4to). in black cloth, gilt lettering to spine, 304pp, plates in colour and b/w, etc . . . . . [ CONDITION : An almost AS NEW barely read copy (front blank fly-leaf creased from mis-handling, slight bump to head of spine at front tip) in an AS NEW complete Dust Jacket (faint crease to head of spine panel) ] . . . . . . . . . . . NOTE Due to size and/or weight standard shipping to destinations outside the UK will cost more than the price shown above. Orders made by card will be completed after you have approved the extra cost. . . . . . . . . . . . . To see more of our Art Monographs etc type DBBARTIST in the Keywords search box. . . . . . . . We always ship in PROTECTIVE CARD PARCELS. Seller Inventory # TO7H1517

Book Description British Museum Publications, London, 1988. Hardcover. Condition: Very Good. Dust Jacket Condition: Very Good. Reprint. 0297793039 304 pages. Index. Selected bibliography. Colour and black and white photography. "Catalogues the commemorative exhibition at the Royal Academy of Arts, and brings together a remarkable range of the artist's work. Each of the 239 works is fully illustrated and is discussed at length in notes that incorporate extensive quotations from Moore's own writings on art." - from dust jacket. Clean and unmarked with light wear. Tight and square. Dust jacket preserved in Brodart. Modest sunning to dust jacket and lower edge of front board. A sound copy. Seller Inventory # 547C5877