Items related to Mrs Kennedy: The Missing History of the Kennedy Years

Mrs Kennedy: The Missing History of the Kennedy Years 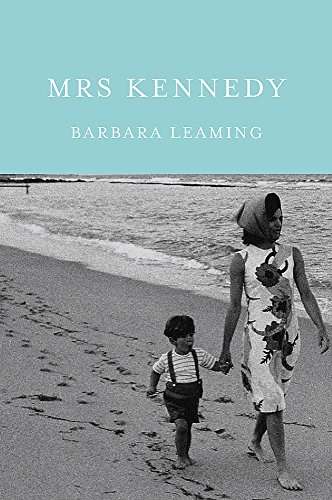 In MRS KENNEDY, Barbara Leaming concentrates on the three White House years of Jackie Kennedy, wife of President John F Kennedy. At his election she was relatively unknown. By the time of his assassination in November 1963 she had redecorated the dowdy Presidential mansion which hadn't been refurbished since Eleanor Roosevelt first took up residence in the early 1930s. She had made foreign visits on behalf of the President. She had emerged, as it were, from the crysalis and became a force to be reckoned with. Using newly released sources in the US as well as making discoveries elsewhere including in Britain, she paints a portrait not only of Mrs Kennedy, but also of the President that is fresh and newly minted. She shows how Mrs Kennedy's friendship with the British Prime Minister, Harold Macmillan, enhanced the 'Special Relationship' between the US and UK. The book includes never before published and revealing letters between Mrs Kennedy and Macmillan. Above all there is the woman herself: how much did she know of her husband's philandering? What was their marriage like? All this and much more is the heart of Barbara Leaming's stunning new biography.

'...a compelling illustration of one of the great and perpetual paradoxes of celebrity and power. Insightful and astute...' -- Andrew Rawnsley, Observer

'Gives the deepest and most rounded account of the Kennedy years from Jackie Kennedy's point of view.' -- David Robbins, Irish Independent

'Leaming provides a fascinating glimpse into the psychodynamics of one of the 20th century's most famous marriages.' -- Publisher's Weekly