Items related to Invitation to a Beheading

Nabokov, Vladimir Invitation to a Beheading

Invitation to a Beheading 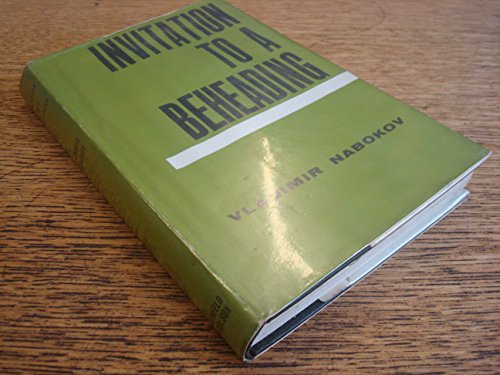 Written in Berlin in 1934, Invitation to a Beheading contains all the surprise, excitement and magical intensity of a work created in two brief weeks of sustained inspiration. It takes us into the fantastic prison-world of Cincinnatus, a man condemned to death and spending his last days in prison not quite knowing when the end will come. Nabokov described the book as 'a violin in a void. The worldling will deem it a trick. Old men will hurriedly turn from it to regional romances and the lives of public figures ... The evil-minded will perceive in little Emmie a sister of little Lolita ... But I know a few readers who will jump up, ruffling their hair'.

He did us all an honour by electing to use, and transform, our language. (Anthony Burgess)

Nabokov can move you to laughter in the way that masters can - to laughter that is near to tears. (The Guardian)

Vladimir Nabokov (1899-1977) was one of the great writers of the twentieth century, as well as a translator and lepidopterist. His works include, from the Russian novels, The Luzhin Defense and The Gift; from the English novels, Lolita, Pnin, Pale Fire and Ada; the autobiographical Speak, Memory; translations of Alice in Wonderland into Russian and Eugene Onegin into English; and lectures on literature. All of the fiction and Speak, Memory are published in Penguin.

Buy Used
Condition: Very Good
The jacket is a bit rubbed and... Learn more about this copy

1. Invitation to a Beheading