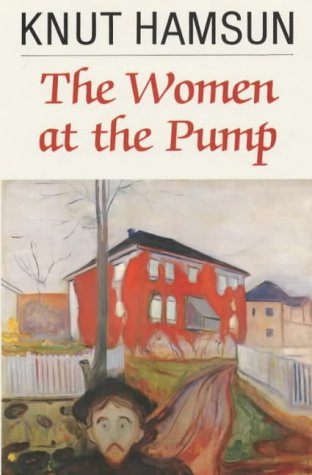 In their gossiping at the pump the women express the poetry, the tawdriness and, above all, the sheer vitality of life in Hamsun's small coastal town. A birth (where did those brown eyes come from?); a marriage (shotgun?); a death in strange circumstances (the victim flattened by a barrel of whale oil); the up-and-down career of the town's leading citizen and philanderer' the elderly spinster's pregnancy; the sinking of the steamship that is the town's pride and joy. Above all, talk centres on the doings of Oliver Andersen and the large family that he and his wife contrive to create despite growing suspicions that his mysterious accident at sea has deprived him of more than a leg... THE WOMEN AT THE PUMP overflows with a prodigality of invention and sardonic humour typical of Hamsun's work at his best. First published in 1920, the year Hamsun won the Nobel Prize for Literature, it has a universal quality that transcends time and place.

"A rare understanding of human nature comes through, expressed in a
measured, elegiac and lyrical prose." -- 'Sunday Telegraph'

"I read these novels with the gently expanding recognition due only to the
great writers." -- Doris Lessing

"The most outstanding Norwegian writer since Ibsen." -- 'Times Literary Supplement'

"The whole modern school of fiction in the twentieth century stems from
Hamsun." -- Isaac Bashevis Singer

"Hamsun is one of the great writers of this century... Hamsun's
novels have the simplicity of total self-possession." -- 'Sunday Times'

Knut Hamsun (1859-1952) was a Norwegian writer, who was awarded the Nobel Prize in Literature in 1920. He published more than 20 novels, a collection of poetry, some short stories and plays, a travelogue, and some essays.

1. The Women at the Pump

2. The Women at the Pump

3. The Women at the Pump