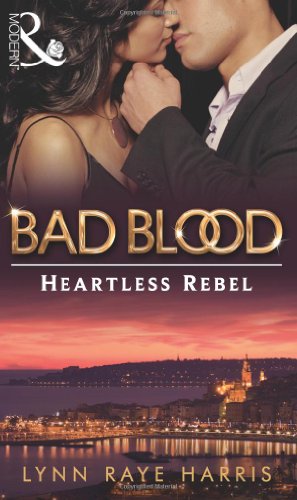 Jack...Red-Hot. Renegade. Restless.
Notorious gambler Jack no longer gets a buzz from the risks he takes at the card table. In fact it bores him. Until one night he wins more than he ever bargained for...

His prize is stunning Cara Taylor – she might be down on her luck but she certainly doesn’t need rescuing by a card-shark like Jack! Now she’s stuck with him she doesn’t know whether to love him or loathe him.

USA Today bestselling author Lynn Raye Harris burst onto the scene when she won a writing contest held by Harlequin. The prize was an editor for a year – but only six months later, Lynn sold her first novel. A former finalist for the Romance Writers of America's Golden Heart Award, Lynn lives in Alabama with her handsome husband and two crazy cats. Her stories have been called "exceptional and emotional," "intense," and "sizzling."