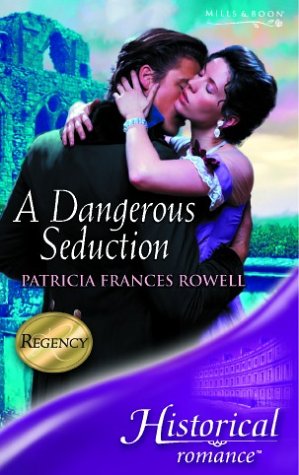 Revenge Was A Kind Of Justice

One perfectly suited to the rocky coast of Cornwall that Morgan Pendaris could again call home. Having won back his birthright, he could now savor his title, his lands...and the exotic charms of Lalia, the widow of his enemy–who held his heart in the palm of her hand.

Sold during girlhood into a loveless marriage, Lalia Hayne had never known the safe haven of a true lover's arms. But now Morgan Pendaris had come to claim her home as his own, and she found herself suddenly willing to give anything for one touch of passion in a stranger's embrace!

Patricia Frances Rowell lives in north Louisiana on thirty-two acres of trees in a house that she and her own hero built with their own hands. Her first novel was a RITA Award finalist in 2003 and won the unpublished Daphne Award under its working title in 2001. Her second book took second place in the 2004 published Daphne Award. A Scandalous Situation, published in 2004, also placed second in the 2005 Daphne. Visit Patricia’s website at: www.patriciafrancesrowell.com

Book Description -. Paperback. Condition: Very Good. A Dangerous Seduction (Historical Romance) This book is in very good condition and will be shipped within 24 hours of ordering. The cover may have some limited signs of wear but the pages are clean, intact and the spine remains undamaged. This book has clearly been well maintained and looked after thus far. Money back guarantee if you are not satisfied. See all our books here, order more than 1 book and get discounted shipping. Seller Inventory # 7719-9780263843538