Items related to Miss Amelia's Mistletoe Marquess (Secrets of a... 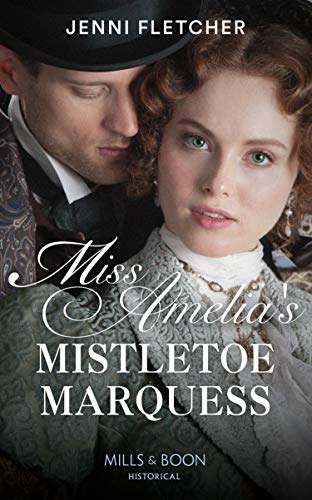 When Amelia Fairclough had sought refuge in a blizzard, a brooding stranger had given her warmth and shelter. She’d even tried to soothe him of his demons in return. But as she scurried home at dawn she was spotted! Now he’s in the parlour, offering to do the honourable thing. Surely she’d be a fool to turn down the new Marquess of Falconmore!?

Jenni Fletcher studied English at Cambridge University before doing a PhD on Edwardian literature at Hull. Originally from the north coast of Scotland, she now lives in Yorkshire, where she juggles motherhood and writing. She loves the Medieval and Victorian periods and writes stories set in both.