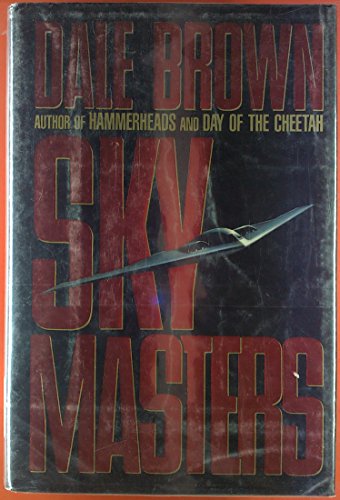 When Lieutenant Colonel Patrick McLanahan is offered the chance to test-fly a new B-2 bomber in strategic warfare training sorties, he jumps at the chance. This is McLanahan's chance to reconfirm his flying skills. By the author of Flight of the Old Dog and Hammerheads.

CHINA IS ON THE WARPATH...

US Forces have pulled out of the Philippines. The navy of the Peoples Republic of China has laid claim to a long-contested island group and decimated a Philippine oil platform. Tensions escalate and a volatile skirmish leads to the unthinkable. China launches a tactical nuclear weapon against its enemy forces.

The detonation sends tremors through the Pentagon and into the innermost reaches of the White House. President Lloyd Taylor is forced to decide on a response. React too rashly and a global war could ensue. Take it too mildly and further strikes against US allies might be encouraged.

But China – and a scheming Filipino politician – force the President’s hand. For Lieutenant Patrick McLanahan it is a bitter-sweet chance to fly a new high-tech B2 bomber. The harrowing counter-attack accelerates to an unforgettable and explosive conclusion.

'Sky Masters' is a knockout! Dale Brown has proven once again that he is the best military adventure writer in the country today
CLIVE CUSSLER

Dale Brown was a much decorated US Air Force Captain aboard B-52s and FB111 fighter bombers, and participated in numerous top secret tests and exercises held to simulate an actual strategic war. He became a recognised expert on air warfare and appeared on American TV as a commentator during the Gulf War.

Only a man with Dale Brown’s background could provide the detailed authenticity that makes his novels such compulsive reading.