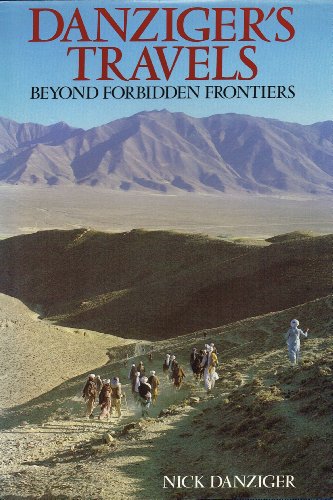 Nick Danziger’s graphic account of his hairaising adventures during an eighteen-month journey ‘beyond forbidden frontiers’ in Asia makes a vivid and unforgettable impact. Travelling in disguise as an itinerant Muslim,his journey on foot and using traditional means of local transport cost him £1,000 in all – exactly one-third of the Winston Churchill travel fellowship he received in London.

After walking and hitch-hiking through southern Turkey and the ayatollahs’ Iran, he entered Afghanistan illegally in the wake of a convoy of Chinese weapons and spent two months dodging Russian helicopter gunships with rebel guerillas. He was the first foreigner to cross from Pakistan into the closed western province of China since the revolution of 1949. Living and travelling with local people and pitting his wits against officialdom, Danziger broke barriers and crossed boundaries of all kinds. Written with engaging humour and a great zest for life, 'Danziger’s Travels' is an exceptional book in every way, handsomely illustrated with the author’s own outstanding photographs and drawings.

“Danziger is the stuff that legends are made of… his remarkable story… contains some of the most exciting travel writing I have ever read”
WILLIAM DALRYMPLE, 'Literary Reviewer'