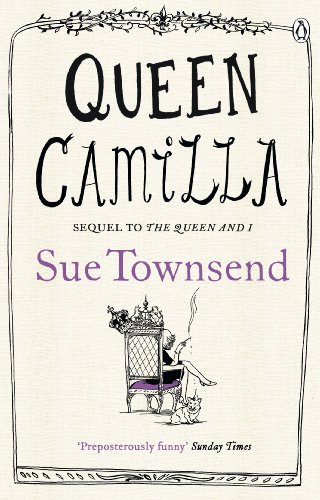 A brilliantly satirical story - just the kind of book, one imagines, Camilla would keep in her loo (Evening Standard)

One of our finest living comic writers (The Times)

Another fantastic read from Townsend (OK!)

Book Description Penguin Books Ltd, United Kingdom, 2012. Paperback. Condition: New. Language: English. Brand new Book. THE BRILLIANTLY FUNNY SEQUEL TO THE QUEEN AND I FROM BESTSELLING AUTHOR OF THE ADRIAN MOLE SERIESWhat if being Royal was a crime?The UK has come over all republican. The Royal Family exiled to an Exclusion Zone with the other villains and spongers. And to cap it all, the Queen has threatened to abdicate.Yet Prince Charles is more interested in root vegetables than reigning . unless his wife Camilla can be Queen in a newly restored monarchy. But when a scoundrel who claims to be the couple's secret love-child offers to take the crown off their hands, the stage is set for a right Royal show down.And the question for Camilla (and rest of the country) will be: Queen of the vegetable patch or Queen of England?_____________'Brilliantly satirical' Evening Standard'One of our finest living comic writers' The Times'Brilliantly funny' Closer'Another fantastic read from Townsend' OK!. Seller Inventory # BTA9780241958391