Items related to The Papal Decree 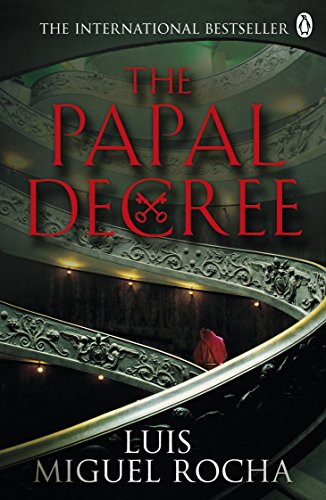 The Catholic Church's best-kept secret. The ancient scrolls which threaten that secret. And a journalist prepared to discover the truth at any cost.

1947, the Qumran Valley. Ancient scrolls are discovered that the Vatican desperately tries to suppress. Only five men know of their existence. But now four of the men have been found dead . . .

Priest and double agent, Rafael, is sent to investigate. The evidence he discovers may implicate journalist Sarah Monteiro, who already knows too many of the Church's secrets.

Finding themselves dangerously entangled in a life-threatening conspiracy that the church will go to any length to protect, Rafael and Sarah must uncover the truth before the killers do . . .

Luis Miguel Rocha was born in Oporto, Portugal, and worked for many years in London as a television writer and producer. He now lives in Portugal, where he continues to write for television and film. His previous books, The Last Pope and The Holy Assassin, are also published by Penguin.

Book Description Penguin, 2011. Paperback. Condition: Used; Good. **SHIPPED FROM UK** We believe you will be completely satisfied with our quick and reliable service. All orders are dispatched as swiftly as possible! Buy with confidence!. Seller Inventory # 3540325