Items related to Olive, Again: New novel by the author of the Pulitzer...

Olive, Again: New novel by the author of the Pulitzer Prize-winning Olive Kitteridge 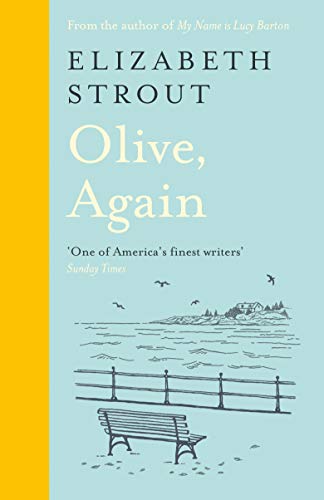 An extraordinary new novel by the Pulitzer Prize-winning, Number One New York Times bestselling author of Olive Kitteridge and My Name is Lucy Barton

'A novel to treasure' Sunday Times

Olive, Again follows the blunt, contradictory yet deeply loveable Olive Kitteridge as she grows older, navigating the second half of her life as she comes to terms with the changes - sometimes welcome, sometimes not - in her own existence and in those around her.

Olive adjusts to her new life with her second husband, challenges her estranged son and his family to accept him, experiences loss and loneliness, witnesses the triumphs and heartbreaks of her friends and neighbours in the small coastal town of Crosby, Maine - and, finally, opens herself to new lessons about life.

'A powerful storyteller immersed in the nuances of human relationships' Observer

'She gets better with each book' Maggie O'Farrell

'Her writing is exquisite; her vision is boundless. What a sublime book.' Rachel Joyce

A powerful storyteller immersed in the nuances of human relationships (Observer)

Strout really can write you into a world until you feel you are there with her, in that house, that life, that little Podunk of a place (The Times)

A writer at the peak of her powers (Literary Review)

A superbly gifted storyteller and a craftswoman in a league of her own. In Olive, Again, she teaches us that there is always more to know about human beings, even the ones we are closest to. (Hilary Mantel)

It's hard to believe that a year after the astonishing My Name Is Lucy Barton Elizabeth Strout could bring us another book that is by every measure its equal, but what Strout proves to us again and again is that where she's concerned, anything is possible. This book, this writer, are magnificent. (Ann Patchett on 'Anything is Possible')

There's no simple truth about human existence, Strout reminds us, only wonderful, painful complexity. 'Well, that's life,' Olive says. 'Nothing you can do about it.' Beautifully written and alive with compassion, at times almost unbearably poignant. A thrilling book in every way. (Kirkus Reviews (starred review))

She gets better with each book (Maggie O'Farrell)

Elizabeth Strout is the Pulitzer prize-winning author of Olive Kitteridge, as well as The Burgess Boys, Abide With Me, Amy and Isabelle, My Name is Lucy Barton and Anything is Possible. She has also been a finalist for the PEN/Faulkner Award, the Orange Prize and was longlisted for the Man Booker Prize. She lives in New York City and Portland, Maine.

Olive, Again: From the Pulitzer Prize-winning author of Olive Kitteridge

Olive, Again: From the Pulitzer Prize-winning author of Olive Kitteridge