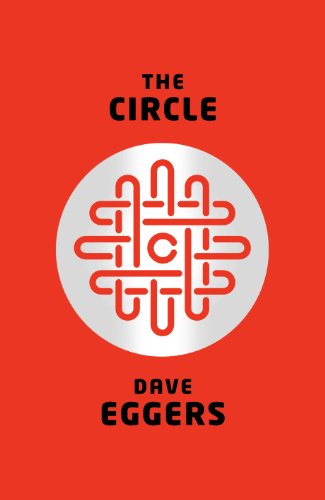 Fast, thrilling, compulsively addictive - The Circle is Dave Eggers's timely novel about our obsession with the internet.

When Mae is hired to work for the Circle, the world's most powerful internet company, she feels she's been given the opportunity of a lifetime. Run out of a sprawling California campus, the Circle links users' personal emails, social media, and finances with their universal operating system, resulting in one online identity and a new age of transparency. Mae can't believe her great fortune to work for them - even as life beyond the campus grows distant, even as a strange encounter with a colleague leaves her shaken, even as her role at the Circle becomes increasingly public ...

Dave Eggers is the founder and editor of McSweeney's, an independent publishing house based in San Francisco. He is the author of seven previous books, including A Hologram for the King (finalist for the National Book Award 2012), Zeitoun (winner of the American Book Award and the Dayton Literary Peace Prize) and What is the What, which was a finalist for the 2006 National Book Critics Circle Award and won France's Prix Médicis.

Publisher's description. Fast, thrilling and compulsively addictive, The Circle is Dave Eggers' bestselling novel about our obsession with the internet and where it may lead. When Mae Holland lands her dream job at the world's most powerful internet company, she has no idea what awaits behind the doors of The Circle... (Penguin)

A stunning work of terrifying plausability ... a worthy and entertaining read (Publisher's Weekly)

Eggers has set his style and pace to technothriller: the writing is brisk, spare and efficient ... it works (Time)

Eggers's writing is so fluent, his ventriloquism of tech-world dialect so light, his denouement so enjoyably inevitable (Observer)

'No question what should be the book of the year' Simon Jenkins, Evening Standard, Books of the Year

'A must-read' Blake Morrison, Guardian, Books of the Year

The Circle runs everything - all your internet activity in one handy, safe and visible place. No wonder it is now the world's most powerful and influential company. So when Mae Holland lands a job at its glittering California campus, she knows she's made it. But the more her ideals and ambitions become aligned with those of the Circle, the closer she comes to discovering a sinister truth at the heart of an organisation seeking to remake the world in its image . . .

'One of our fiercest and most compelling writers. A gripping and highly unsettling read. It paints a horrifying picture, in minute detail, of a future we'll be lucky to avoid' Sunday Times

'An ingenious thriller' Observer, Books of the Year