Items related to I'm the King of the Castle

Hill, Susan I'm the King of the Castle

I'm the King of the Castle 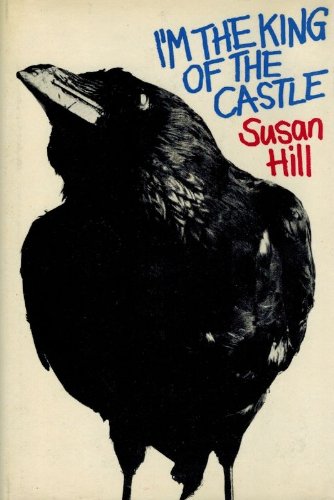 "Hooper had known, from the very first moment he had looked into Kingshaw’s face, that it would all be easy, that he would always be able to make him afraid.”

This tragic tale of two isolated children explores the nature of cruelty and the power of evil.

Penguin Decades bring you the novels that helped shape modern Britain. When they were published, some were bestsellers, some were considered scandalous, and others were simply misunderstood. All represent their time and helped define their generation, while today each is considered a landmark work of storytelling.

The 1970s was a decade of anger and discontent. Britain endured power cuts and strikes. America pulled out of Vietnam and saw its President resign from office. Feminism and face lifts vied for women's hearts (and minds). And for many, prog rock, punk and disco weren't just music but ways of life.

Susan Hill's I'm King of the Castle was first published in 1970. Telling the story of two boys forced to live together by their widowed parents, it is a chilling portrayal of childhood cruelty and persecution, of parental blindness and of our own ambivalence to what are supposed to be the happiest days of our lives.

With a new introduction by Esther Freud

Susan Hill has been a professional writer for over 50 years. Her books have won the Whitbread, and John Llewellyn Prizes, and the W. Somerset Maugham Award and been shortlisted for the Booker Prize. Her novels include Strange Meeting, I`m the King of the Castle and A Kind Man, and she has also published autobiography and collections of short stories. Her ghost story, The Woman in Black, has been running in London's West End since 1988.Susan Hill is married with two adult daughters and lives in North Norfolk.

Buy Used
Condition: Very Good
Pages are intact and are not marred... Learn more about this copy

Book Description Hamish Hamilton Ltd 1970-09-03, 1970. Hardcover. Condition: Good. No Jacket. Item is in good condition. Some moderate creases and wear. This item may not come with CDs or additional parts including access codes for textbooks. This may not have a dust jacket. Might be an ex-library copy and contain writing/highlighting. Photos are stock pictures and not of the actual item. Seller Inventory # DS-0241019109-3