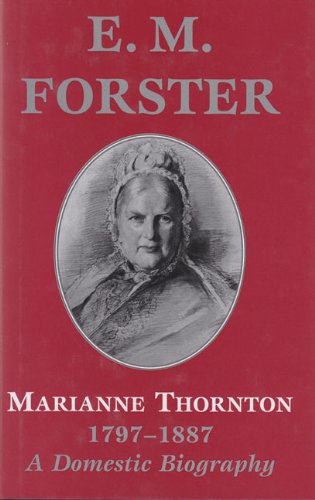 The Abinger Edition of Marianne Thornton, based upon E. M. Forster's own annotated copy, presents the text of one of his two full-length biographies.This truly was a 'domestic' biography, documenting the life of Forster's great aunt. Marianne died in 1887, when Forster was aged eight, but his decision to focus upon her rather than one of his more publicly famous ancestors enabled him to emphasise the private implications of public life and give pride of place to the inner life. He was intrigued by the personality that emerged from the wealth of family archives he plundered during his research, and Marianne's longevity enabled him to draw a rounded portrait of public and private life from the Georgian England of unreformed parliaments to the year of Queen Victoria's Golden Jubilee.

Edward Morgan Forster (E. M. Forster) was an English novelist, short-story writer and essayist. Born in 1879, Forster is known for his examination of how class difference and hypocrisy in British society during the beginning of the twentieth century influenced personal connections. These themes are best represented in his novels A Room with a View, A Passage to India, and Howard s End. Forster died of a stroke in 1970 at the age of 91.