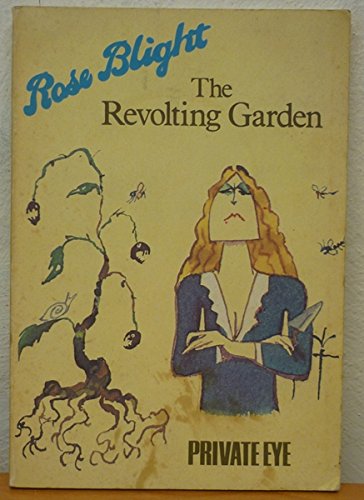 'Rose Blight' is a pen name for Germaine Greer. Germaine Greer (/ɡrɪər/; born 29 January 1939) is an Australian-born writer and public intellectual. She is regarded as one of the major voices of the second-wave feminist movement in the latter half of the 20th century.[2] She lives in the United Kingdom, where she has held academic positions, specializing in English literature, at the University of Warwick and Newnham College, Cambridge. Greer's ideas have created controversy ever since her first book, The Female Eunuch (1970), became an international best-seller and made her a household name.[3] In it Greer offered a systematic deconstruction of ideas such as womanhood and femininity, arguing that women are forced to assume submissive roles in society to fulfill male fantasies of what being a woman entails.[4] Her work since then has focused on literature, feminism and the environment. Later books include Sex and Destiny: The Politics of Human Fertility (1984), The Change: Women, Ageing and the Menopause (1991), The Whole Woman (1999), Shakespeare's Wife (2007) and White Beech: The Rainforest Years (2013). She owns and finances Stump Cross Books, which publishes the work of 17th- and 18th-century women poets.[5] Greer is a liberation rather than equality feminist.[n 1] Her goal is not equality with men, which she sees as assimilation and "agreeing to live the lives of unfree men." "Women's liberation," she wrote in The Whole Woman, "did not see the female's potential in terms of the male's actual." She argues instead that liberation is about asserting difference and "insisting on it as a condition of self-definition and self-determination." It is a struggle for the freedom of women to "define their own values, order their own priorities and decide their own fate."[n 2]

Book Description David & Charles, 1979. Paperback. Condition: Very Good. The book has been read, but is in excellent condition. Pages are intact and not marred by notes or highlighting. The spine remains undamaged. Seller Inventory # GOR003821647

Book Description David & Charles, 1979. Paperback. Condition: Fair. A readable copy of the book which may include some defects such as highlighting and notes. Cover and pages may be creased and show discolouration. Seller Inventory # GOR002735273

Book Description David & Charles, 1979. Condition: Good. A+ Customer service! Satisfaction Guaranteed! Book is in Used-Good condition. Pages and cover are clean and intact. Used items may not include supplementary materials such as CDs or access codes. May show signs of minor shelf wear and contain limited notes and highlighting. Seller Inventory # 0233971793-2-4