Items related to Race to the Pole

Race to the Pole 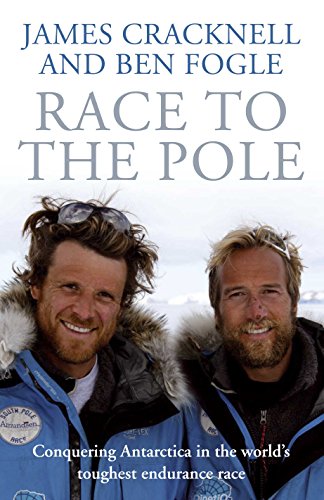 New Year's Day, 2009. Somewhere on the bottom of the world, six teams of adventurers and explorers have gathered to race one another, on foot, to the South Pole. It is the first time that anyone has undertaken such a race in almost a hundred years; the first time since the great Norwegian, Roald Amundsen, beat Captain Scott to the same goal in 1911.

The stakes are high, as double-Olympic Gold-winning medallist James Cracknell and TV presenter and adventurer Ben Fogle must contend with hidden crevasses, frostbite and the favourites to win: a team of teak-hard former soldiers from Norway, trained in Arctic warfare. Temperatures as low as minus 45 degrees Celsius lie in store for the teams as they attempt to ski across 800 kilometres of unforgiving, icy wilderness, pulling behind them sledges laden with equipment, tents and food.

Race to the Pole is a rip-roaring 'boy's own' adventure packed with excitement, humour and even a few tears. But with just a few months to learn to cross-country ski before the start, and with national pride at stake, can Ben and James re-write history and beat the Norwegians?

'The authors have a diehard bond, and their words play off each other well as they take turn narrating their journey.'

A very British adventure: the first race to the South Pole since Scott and Amundsen, 100 years ago