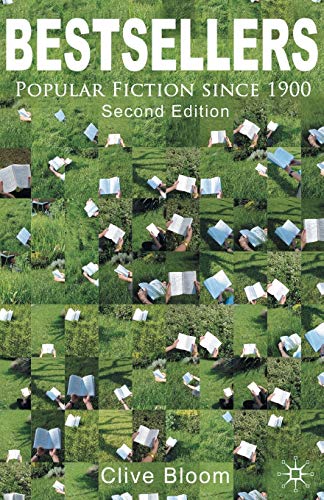 What fiction have we been reading in the last hundred years? Who are the most popular authors and what are the most popular books and the most important genres? Such straightforward questions raise intriguing literary, cultural, social and intellectual responses which often require much detective work in the annals of lost literature.

Fully revised and updated, this second edition includes a new introduction which features additional information on the influence of television (especially the 'Richard and Judy' book club); the importance of Scottish literature; the rise of Black and Asian British writers; the continuing importance of the romance and detective genres, including hybrid genres such as 'vampire romance'; and current trends in publishing and bookselling. There are new chapters on the themes of British literature and on children's writing since 1900, including discussion Beatrix Potter, AA Milne, Enid Blyton, Roald Dahl, JK Rowling and Philip Pullman, as well as many new entries to the present day including bestsellers such as Dan Brown. The essential guide to best-selling books, authors and genres since 1900, providing a unique insight into a century of publishing and reading for specialists and non-specialists alike.

'...Looking beyond dubious publishers' statistics, Bloom has found that while Christie, du Maurier, Innes et al can be numbered with today's till-ringers such as Binchy, Collins and Welsh, so can such forgotten names as Dolf Wyllarde, Steve Francis and Sydney Horter. Bloom also examines the changing publishing industry, the coming of book clubs and reading groups and "the cult of the author".' - Independent

'Clive Bloom delves incisively into the literary history of twentieth-century bestsellers, reminding us of the role popular authors such as Hall Caine, Marie Corelli, Dennis Wheatley and Catherine Cookson have played in sustaining not only the economic fortunes of British publishing, but also the social habits of a British mass reading public. Bloom offers us an archaeology of best-selling fiction that is impressively researched, thoughtfully argued and immensely readable.' - David Finkelstein, Head of Media and Communication, Queen Margaret University College, UK

'Clive Bloom's critical survey represents a new level of organised response to the vast magma of fiction underlying the quality novel and canonical titles of the twentieth century. His book is, in my judgment, the first attempt to look systematically and comprehensively at both the product and the machinery of production and their respectively changing nature from decade to decade. This is an important book in its own right; more importantly, it is a book that will be built on by other scholars in this expanding field of cultural exploration.' -  Professor John Sutherland, University College London, UK

'Clive Bloom's Bestsellers will be an invaluable resource for both the student and the general reader of twentieth-century popular fiction. The book begins with a series of engaging and wide-ranging chapters on the principal publishing themes; but the bulk of the work comprises a very full series of pen-portraits of the best-known popular authors. For pleasure, and for study, Bestsellers will be a much-thumbed work of reference.' - Professor Dominic Head, Brunel University, UK

'A big topic is tackled with some gusto in Bestsellers...One of the most consistently interesting things about this highly informed book is the extraordinary amount of detail along the way.'  - Robert Giddings, Tribune

'As an informed and witty companion to what people read and why, it is excellent.' - The Economist

'There are few studies out there that combine so effortlessly a clarity and ebullience of style with first-rate, high-level academia. This is not simply a romp through Jackie Collins and Jeffrey Archer, but a surprising and illuminating discussion of those authors that have shaped the way literature is viewed in this country today.' (Amazon review)

A new edition of this essential guide to bestselling works, authors and genres since the start of the twentieth-century, taking us on a journey into the heart of the British imagination

Book Description Palgrave MacMillan, United Kingdom, 2008. Paperback. Condition: New. 2nd ed. 2008. Language: English. Brand new Book. This essential guide, now available in a fully updated new edition, is the only available study of all bestselling books, authors and genres since the start of the last century, giving an unique insight into a hundred years of publishing and reading and taking us on a journey into the heart of the British imagination. Seller Inventory # AAV9780230536890

Book Description Palgrave MacMillan, United Kingdom, 2008. Paperback. Condition: New. 2nd ed. 2008. Language: English. Brand new Book. This essential guide, now available in a fully updated new edition, is the only available study of all bestselling books, authors and genres since the start of the last century, giving an unique insight into a hundred years of publishing and reading and taking us on a journey into the heart of the British imagination. Seller Inventory # LIE9780230536890