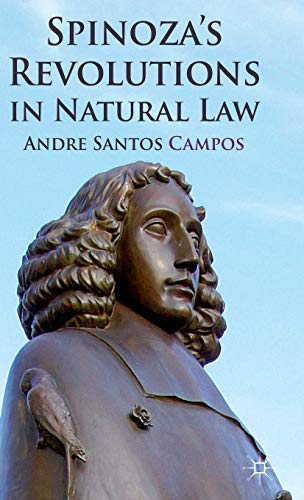 This very first analysis of Spinoza's philosophy of law from the viewpoint of his deterministic ontology shows that he revolutionized modern philosophy from within by developing an entirely new natural law theory connecting his ontology with radically democratic political views. The book forms a balanced structure in which the three conceptual pillars of Spinoza's natural law theory (individuality, natural laws, and power) are first analysed from the viewpoint of his ontology and then from the viewpoint of his political theory. The revolutionary equivalence between law and power to be found in Spinoza is regarded simultaneously as an ethical individualistic project, as a democratic alternative to modern State politics, and as an amoral naturalistic philosophy of law. The author sets himself explicitly against two recurrent interpretations of Spinoza in contemporary literature: firstly, the view that regards Spinoza as the leading exponent of a Radical Enlightenment running parallel to a moderate mainstream Enlightenment, since his revolutions are inner reconstructions of the natural law's conceptual framework present in the mainstream trend, which means his radical views occur within that very same formal tradition; and secondly, the view that identifies Spinoza's political philosophy as one sustaining the decline and fall of modern individualism and of the Nation-State in favour of the constitutive political power of 'the many', since Spinoza's natural law theory cannot be understood at all except as a project for progressive human individuation. The conclusion asserts that Spinoza develops a new type of progressive individualism still left to explore that revolutionizes both modern natural law and contemporary radical democratic studies.