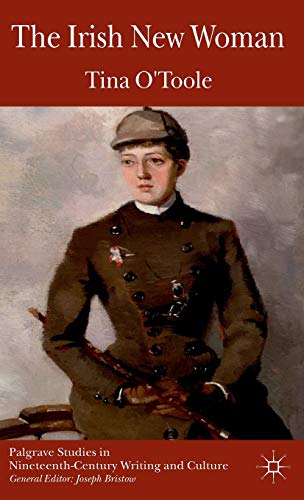 The Irish New Woman explores the textual and ideological connections between feminist, nationalist and anti-imperialist writing and political activism at the fin de siècle. From the 1880s on, the 'Irish Question' was a central site of struggle in British and Irish public discourse, and in this turbulent period a new generation of Irish literary writers began to resist hegemonies of a different kind, subverting gender and sexual identities and challenging prescribed roles in the family. This important new book is the first in-depth study which foregrounds the Irish and New Woman contexts, effecting a paradigm shift in the critical reception of fin de siècle writers and their work.

'O'Toole has admirably accomplished her stated goal of 'complicat[ing] and enrich[ing] conventional narratives of literary history as well as the discourses of gender, sexual and national identities.'' Maureen O'Connor, Irish Literary Supplement

Tina O'Toole is Lecturer in English in the School of Language, Literature, Culture and Communication at the University of Limerick, Ireland.